As Politicians in vacant constituencies across the country are busy campaigning for the position of Member of Parliament (MP), a local youth organization, Youth and Society (YAS) has advised the youth in Karonga District to be patriotic and advocate for peace and order during and after the elections in Karonga Central Constituency where several candidates have expressed interest to contest during the race. 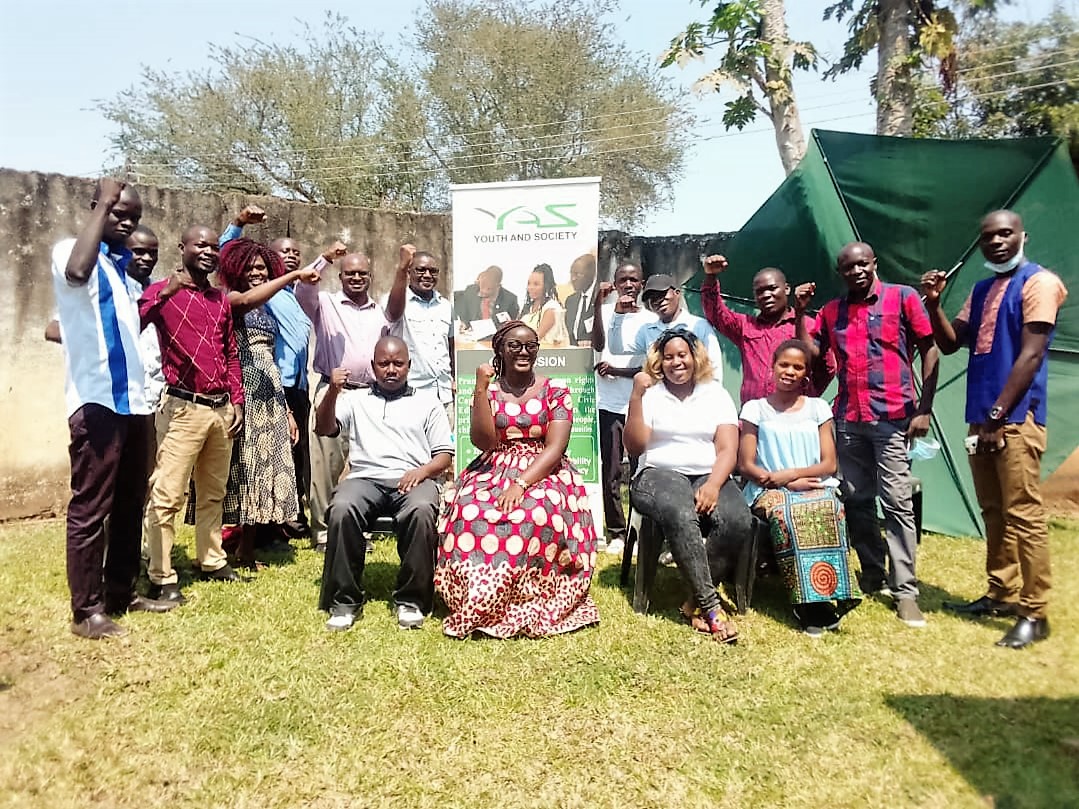 In a quest to achieve this, YAS organised a training workshop for various Karonga based youth organisations focusing on the need for peace and tranquility in the society bearing in mind that in most cases, youths are perpetrators of of violent acts.

Through a one year YAS project dubbed “Democracy in Young Hands in the Society,” the Project Officer, Dalitso Magelegele said the youths have the potential to advocate for peace ahead of the forthcoming by-elections so that there be peace, calm and order for the elections to be declared free and fair.

Magelegele said, “As young people, we should understand that we are in a democratic Malawi, therefore we must exercise our rights responsibly as by-elections are drawing closer. We should not fuel violence and we should actively participate in the exercise by voting for the candidate our choice without being influenced by anyone.”

In her remarks, vice chairperson for Karonga Association for Youth Patriots, Tabia Mushani said it is high time youths in the country have used as campaign tools and perpetrators of violence for Politicians in the expense of high levels of poverty and lack income generating activities among them.

“Youths struggle to sustain themselves when they are jobless and this pushes them to bow down to politicians who persuade them to be the masterminders of violence in the society to gain their political mileage,” she said.

Karonga district has five constituencies with Karonga Central Constituency being vacant and most volatile one following the death of Dr Cornelius Thomson Mwalwanda who succumbed to COVID-19 on 16 July, 2020 who until his death, was a Member of Parliament for the constituency after deafening his longtime rival, Frank Tumpale Mwenifumbo.

The death Dr Cornelius Thomson Mwalwanda has attracted so many candidates who are vying for the vacant sit and these include former Member of Parliament for the constituency, Frank Tumpale Mwenifumbo on UTM ticket, Dr Eliam Simwaka the Banker, Leonard Mwalwanda a cousin to late Dr Cornelius Thomson Mwalwanda on Malawi Congress Party (MCP) ticket and a lady, Florence Nthakomwa also on UTM ticket.

Tagged as Youth and Society