In a bid to eradicate cases of malnutrition among children below the age of 12, the Catholic Diocese of Karonga from 10 to 12 May organized training sessions for volunteers who are expected to reach with knowledge about Malnutrition to over 200 which will help in the implemention of a project known as Community Transformation Project.

The meeting which has taken place at Baka Residential Training Centre in Karonga invited 31 volunteers from three districts namely; Chitipa, Karonga, and Rumphi.

Among the key targets the Project will will take on board 70 people from Chitipa, 80 from Karonga and 50 from Rumphi making it 250 in total who will be considered according to their households.

In an interview with the Health Coordinator for Karonga Diocese Vincent Shaba this project is mainly focusing on the wellbeing of people in various communities especially the expecting women and children with malnutrition and it is supported by the Cross Catholic Outreach of the United States of America.

“We complained and approached our colleagues in USA about the challenges being faced by people in various areas hence the Community Transformation Project came in for now we will distribute food items forsix months as a way of providing relief to those affected by malnutrition and we will also help them with agricultural items so that they develop a culture of self-dependancy and also educate them on how to prepare a balanced diet meal.

In a separate interview with one of the trainees Remember Kumwenda from Nthalire the area of Kopakopa the Diocese should continue with this great work because people were dying not knowing the root cause and most people have the necessary foods that would help prevent malnutrition but they do not know how to group them and have a balanced diet.

Meanwhile Kumwenda further said she is willing to work with the Diocese without any complaints and she is also willing to teach others will the knowledge she has acquired about sanitation and balanced diet to help eradicate cases of malnutrition among children in different areas. 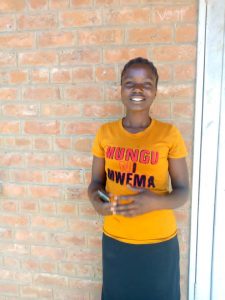 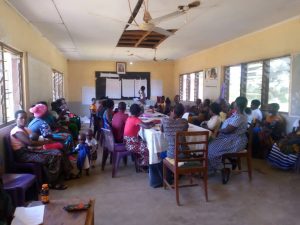