DPP Confident of Bouncing Back

Written by Innocent Nazombe on October 18, 2020

Former ruling Democratic Progressive Party (DPP) has assured people of Karonga Central Constituency that it will bounce back into power arguing that people still have trust in it.

Head of Logistics for the party, Symon Vuwa Kaunda said the party is becoming more vibrant in all corners of country as Tonse led government has allegedly failed to fulfill its promises in the first 100 days of ruling since it assumed power in June this year during the fresh presidential polls. 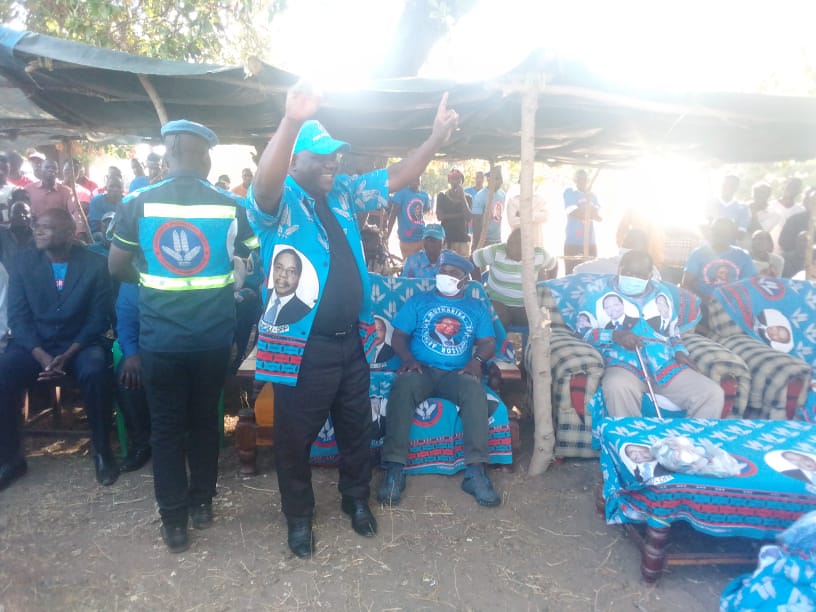 Kaunda made the remarks at Lupembe in Karonga District at a campaign rally for Ernest Mwalughali, the party’s torchbearer for the parliamentary position in Karonga Central Constituency, ahead of the November 10 by-elections.

He said Mwalughali is knowledgeable of the needs of the people in the constituency as he once served as Ward Councilor, Council Chairperson, and is resident of Karonga Central.

“I can assure you that Mwalughali is our candidate who cannot deceive in any way and that as a party machinery, we are going to provide him with full support throughout the race until his victory,” said Kaunda.

Concurring with Kaunda, DPP’s spokesperson, Brown Mpinganjira God had a purpose to remove his party from power and replace it with the Tonse government to vindicate the good side of DPP by exposing the failures of Tonse government so that people should gain more trust in DPP.

“During our regime we tried our level best through the leadership of Professor Arthur Peter Mutharika to construct roads across the country but Tonse Alliance lied to steal your votes by telling you that in their first eight months of office, they will construct 8 roads but not even a single road has been started,” Mpinganjira said.

He insinuated that even if the World Bank can donate all the money it has to Malawi Government to use it for construction of roads in eight months, it is impossible.

The party’s Vice President in the North, who is also the former Minister of Finance, Goodall Gondwe said voting for Mwalughali as a Member of Parliament for Karonga Central Constituency will mark the milestone for the development of the constituency.

Recently, the country’s President Dr Lazarus McCarthy Chakwera addressed the nation on what Tonse government has so far achieved within it first 100 days of office like the tax free band for employees that is under discussion, the implementation of the Affordable Farm Input Program and also what has not been achieved but he was swift to assure the nation that all the promises they made during campaign are in the pipeline and will be implemented.

Karonga Central Constituency has registered five candidates vying for a Parliamentary position during the forthcoming by-elections following the death of Dr. Cornelius Thomson Mwalwanda who was a Member of Parliament under the Malawi Congress Party (MCP). He succumbed to COVID-19 on 16 July this year.